Billy started his journey with Legacy Hotels & Resorts in 1999, where he learnt the ropes of hospitality, and developed a love for it. As the Michelangelo Hotel was one of the "Leading Hotels of the World", the service standards, and expectations, were high, so Billy had quality training.

In 2010 Billy spread his wings and moved to the, then brand new, contemporary masterpiece DAVINCI Hotels & Suites. His position was Head Concierge, being given the responsibility of grooming a world-class concierge team - a responsibility he has succeeded in fulfilling!

In 2021 Billy was pinned as an official member of the “Les Clefs d’Or”, and became only the 4th South African to do so. “Les Clefs d’Or” is an elite society for Concierge's, internationally recognised by hoteliers.

Billy's journey of gaining knowledge, meeting and exceeding guest expectations continues as he proudly enters his 22nd year with Legacy Hotels and Resorts.

Say hi to Billy on your next visit to DAVINCI Hotel & Suites.

Back to Blog Posts 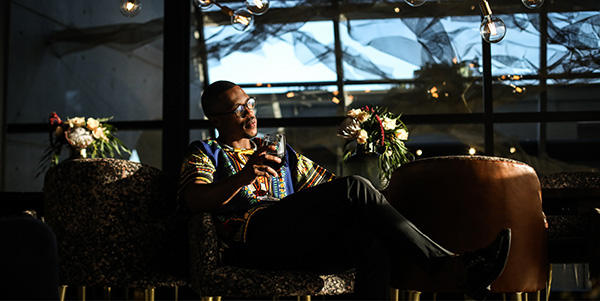 Register for Legacy Lifestyle, for free, and receive 15% off your booking along with access to benefits, privileges and up to 8% in cash-back Rewards whenever you stay with us. You’ll also earn Rewards on your extras: